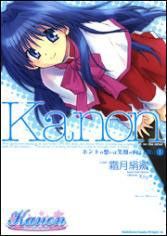 Kanon's story, set in the middle of winter, regards a group of five girls who are connected back to the same boy. Yuichi Aizawa, the main protagonist, had visited the city where the story takes place seven years prior to the story's beginning.In the beginning Yuichi is very detached from the city and its inhabitants. Prior to his return, it is decided that he is to stay with his cousin, Nayuki Minase, and her mother, Akiko. After his long absence, Yuichi has forgotten almost everything except minor details of what happened seven years before and is in need of being reminded of what he left behind.
Subscribe Chapter list