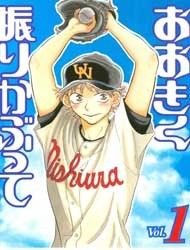 WINNER OF THE 2007 KODANSHA AWARD! Voted the number one baseball manga of all time! It also won the Tezuka Cultural Award in May 2006 for showing new possibilities of expression in baseball manga. Ookiku Furikabutte isn’t just a baseball manga. It’s the story of a timid young man who was made an ace pitcher in middle school because of family connections. Now he’s in high school and it’s his time to shine as an ace in his own right. Reading this story will get your blood boiling, heart pumping and tears flowing. It has been popular since it was serialized, a true Japanese high school baseball manga!