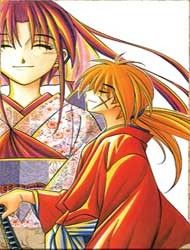 140 years ago in Kyoto, with he coming of the American "Black Ships," there arose a warrior who, felling men with his bloodstained blade, gained the name Hitokiri , man slayer! His killer blade helped close the turbulent Bakumatsu era and slashed open the progressive age known as Meiji . Then he vanished, and with the flow of years, became legend.
Subscribe Chapter list