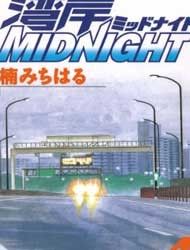 The story gets its roots from the actual street racing that occurs on Tokyo's Shuto Expressway, one stretch of which is known as the "Wangan", literally meaning "bay side" (although it is generally used to refer to the freeway), the longest, straightest road in the entire country. Of course, there's also lots of traffic to contend with, including a fair number of heavy trucks. Because of this, the action is inherently hazardous, and wrecks are common. Blown engines are also a frequent hazard, especially with the extreme-high power engines.