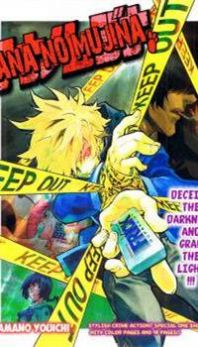 When, High school Student Sataki Tadashi, was young he received the ability to deceive people from a "Mujina". Since then, He has continued to live as a "Con-Artist". 3 years later, with the recommendation of the Kaminayama police, He puts those abilities to use for the sake of punishing "Evil that can't be judged with Law".