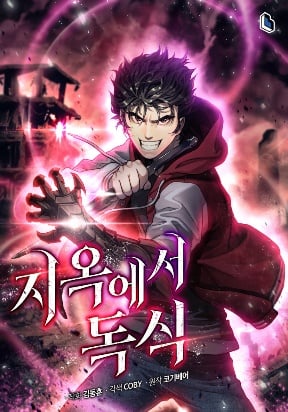 Hoarding in Hell is a Manga/Manhwa/Manhua in (English/Raw) language, Action series, english chapters have been translated and you can read them here. You are reading Hoarding in Hell chapters on www.manga-raw.club, fastest updating comic site. The Summary is Kang Hyunmoo is a dirt-poor man whose dreams of becoming a hunter were torn apart. But one day, while he was dreaming of getting rich quick, something appeared in front of him… [Difficulty: Hell. You are entering the Star of Apocalypse.] “…What?” He’ll now be monopolizing items and skills in a future Earth overrun with monsters!