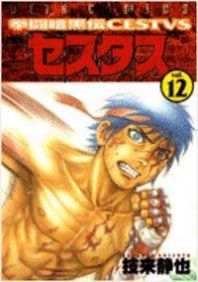 Cestus, a young slave that got his family killed and his village burned out, is forced to fight in the roman arena for the spectacle of Rome, his teacher Zafar trains him in the ancient art of pugilism in hopes that he can overcome more powerful enemies with speed and technique rather than brute force. Forced to fight against his best friend, he is told that he will regain his freedom after winning 100 battles but destiny will have something special prepared for him.