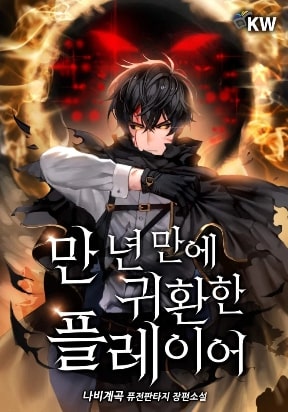 Player Who Returned 10,000 Years Later is a Manga/Manhwa/Manhua in (English/Raw) language, Action series, english chapters have been translated and you can read them here. You are reading Player Who Returned 10,000 Years Later chapters on www.mcreader.net, fastest updating comic site. The Summary is One day, out of the blue, he falls into hell. All he has with him is his desire to live and predatory powers. From the thousandth hell to the nine thousandth, he‘s devoured tens and hundreds of thousands of demons, and even the seven archdukes bowed down to him. “Why do you wish to go back? Your Highness already has everything in hell.“ “Everything, my ass.“ There’s nothing to eat or enjoy here! Hell’s nothing but desolate land full of terrible demons! “I will return.“ After ten thousand long years, he finally returns to Earth.