The Newbie is Too Strong 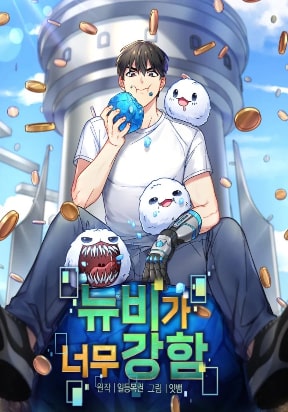 JaeJu (which means “skill” in Korean) grew up without parents in an orphanage skillfully, just like his name suggests. One day, he heard that the orphanage was having a hard time and would have to close in 3 years. While trying to raise money for the orphanage, JaeJu got an alert on his phone. On it, he saw a video of himself climbing the tower as a BJ (broadcasting jockey aka streamer). Seven years ago, a tower suddenly appeared and randomly took people into it. If you successfully complete the tower and become an “Awakened”, it’s only a matter of time before you get rich!